Learn More About the Navy Seabees and Their Exploits 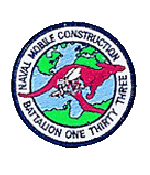 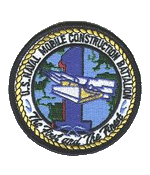 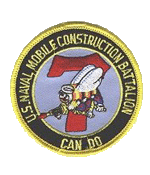 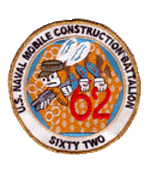 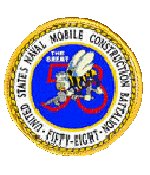 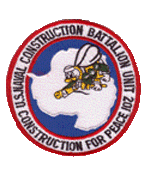 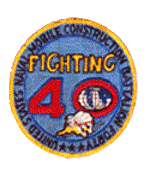 Convinced that war was coming, the U.S. Navy realized that fighting in theaters halfway around the world would present new challenges in logistics and would require a vast infrastructure. Beginning in 1940, they began a program of building bases on far-flung Pacific islands using civilian contractors. When the United States officially entered the war, the use of civilian labor had to stop. Under international law, civilians were not permitted to resist enemy military attacks. If they did, they could be executed as guerrillas.

On December 28, 1941, Rear Admiral Ben Moreell, Chief of the Bureau of Yards and Docks (BUDOCKS), requested specific authority to activate, organize, and man a unique, very special organization that would support the Navy and Marines in remote locations and defend themselves if attacked—the Naval Construction Battalions. On January 5, 1942, he was given that authority, and the original battalions were formed at a new Naval base in Davisville, Rhode Island.

The first naval construction unit to actually deploy from the United States left Davisville, Rhode Island, less than two weeks later, on January 17, 1942. It was designated the First Construction Detachment. The 296 men arrived at Bora Bora on February 17, 1942.

On March 5, all Construction Battalion personnel were officially named Seabees by the Navy Department. Admiral Moreell personally furnished them with their motto Construmus Batumius, or We Build, We Fight. A logo, the Fighting Bee, was created by a Rhode Islander at Davisville.

The Davisville Advanced Base depot became operational in June 1942. Camp Thomas, a personnel receiving station on the base, was established in October of that year. It eventually contained 500 Quonset huts for personnel. On August 11, 1942, the Naval Construction Training Center, known as Camp Endicott, was commissioned at Davisville. The camp trained over 100,000 Seabees during the Second World War.

The Navy built their battalions with experienced, highly skilled craftsmen, electricians, carpenters, plumbers, and equipment operators—virtually any construction or building trade was welcome in the Seabees. Seabee units were quickly engaged in construction and combat. By July 1942, the first Naval Construction Battalion landed on Midway Island to begin work on the new airstrip on Sand Island and to start the massive clean up of damage caused by the Japanese bombing.

From the construction and defense of Henderson Field on Guadalcanal to the Normandy Invasion, Seabees participated in every major amphibious assault in World War II. They quickly earned a reputation for exceptional creativity. If materials weren’t available, the Seabees used whatever they could to get the job done.

With the general demobilization following World War II, the "‘Bees" were all but disbanded. The Advanced Base Depot and naval Construction Training Center were closed in December of 1945. Then with only 3,300 men on active duty by June 1950, renamed Mobile Construction Battalions (MCBs), they had support duty in Cuba and throughout the Pacific.

On June 25, 1950, North Korea attacked South Korea. This civil war was greatly expanded when the United States, and later China, entered the conflict. In Korea, as in World War II, the "Can Do" spirit shone again. CBC Davisville was reestablished on August 8, 1951.

Landing at Inchon, Seabees provided pontoon causeways within hours of the initial assault. Seabees served side by side with the Marine Corps and the Army, building and defending what they built.

Seabee participation in the Korean War was not limited to amphibious operations. The Seabees were broken up into numerous detachments, and each was assigned to an airfield designated with a "K" number, such as K-3 at Pohang, K-18 at Kimbo, and K-2 at Taegu. Seabees could be found throughout the war zone constructing, repairing, and servicing the K-fields of the various Marine Air Groups.

Keeping the planes flying was an arduous and often dangerous task. At one small airstrip on the 36th Parallel, chuckholes were opening up in the failing concrete faster than they could be repaired. As it was absolutely vital that the field remains open, the undaunted Seabees graded, poured, and patched one side of the runway while bomb-laden aircraft continued to fly off the other side.

During the Korean War, the Navy realized they needed a naval air station in this region. Cubi Point in the Philippines was selected, and civilian contractors were initially selected for the project. After seeing the forbidding Zambales Mountains and the maze of the jungle, they claimed it could not be done.

Seabees cut a mountain in half to make way for a nearly two-mile-long runway. Cubi Point turned out to be one of the largest earthmoving projects in the world, equivalent to the construction of the Panama Canal. The $100 million facility was commissioned on July 25, 1956 and comprised an air station and an adjacent pier that was capable of docking the Navy's largest carriers.

Beginning in 1955, Seabees began deploying yearly to the continent of Antarctica. As participants in Operation "Deep Freeze," their mission was to build and expand scientific bases located on the frozen continent. The first "wintering over" party included 200 Seabees who distinguished themselves by constructing a 6,000-foot ice runway on McMurdo Sound. Despite a blizzard that once destroyed the entire project, the airstrip was completed in time for the advance party of Deep Freeze II to become the first to arrive at the South Pole by plane.

Over the following years, and under the most adverse conditions, Seabees added to their list of accomplishments such things as snow-compacted roads, underground storage, laboratories, and living areas. One of the most notable achievements took place in 1962 when the Navy’s builders constructed Antarctica’s first nuclear power plant at McMurdo Station.

During the "Cold War," the Seabees undertook a number of other missions, including constructing the Distant Early Warming (DEW) system in the artic. Again operating often under extreme conditions, the Seabees successfully completed every mission assigned to

The Seabees numbered 10,000 men in May of 1965 when MCB-10 went across the beach at Chu Lai, Republic of Vietnam. During the peak of the Vietnam conflict, Seabee's strength reached 25,000 men in 22 battalions, two regiments, two maintenance units, and scores of Civic Action Teams.

Nearly $100 million worth of construction was completed by the Seabees, a 3 million man-day effort. The types of jobs ranged from the construction of logistical complexes in Da Nang and Chu Lai to Special Forces camps in remote regions. It was at Dong Xoai that CM3 Marvin G. Shields was awarded the Seabees' first and only Medal of Honor.

In 1970, Seabee activity in Vietnam drew to a close. The Navy's builder-fighters had made a lasting contribution to the people of South Vietnam. Seabee construction skills and medical assistance contributed greatly to "civic action" programs.

While the Seabees supported the Marines and built a staggering number of aircraft support facilities, roads, and bridges; they also paved roads that provided access to farms and markets, supplied fresh water to countless numbers of Vietnamese through hundreds of Seabee-dug wells, provided medical treatment to thousands of villagers, and built schools, hospitals, utility systems, roads, and other community facilities. Seabees also worked with and taught construction skills to the Vietnamese people, helping them to help themselves and proving that the Seabees really were "builders for peace."

In 1971 the Seabees began their largest peacetime construction project, on Diego Garcia, an atoll in the Indian Ocean. The project lasted 11 years and cost $200 million. The base accommodates the Navy’s largest ships and biggest military cargo jets and proved invaluable during Operation Desert Shield/Operation Desert Storm. During the Gulf War, more than 5,000 Seabees (4,000 active and 1,000 reservists) served in the Middle East. They built advanced bases, constructed airfields with hardstands for Marine aircraft, provided petroleum and water facilities, and accompanied the Marines into Kuwait. Active and reserve battalions served

In 1982, responding to civil war in Lebanon, the U.S. Marines went in as part of an international peacekeeping force. On October 23, 1983, a truck loaded with explosives crashed through the security perimeter of the Marine Barracks and exploded. Two hundred forty-one were killed and 80 seriously wounded. In November, a 42-man Seabee detail from Mobile Construction Battalion ONE was ordered to Beirut to build underground bunkers for the Marines. The detail was quickly enlarged to 82 men. There was no serious retaliation from the Americans, and the civil war escalated. On February 7, 1984, President Reagan ordered a withdrawal from Lebanon.

From the island-hopping of World War II, the cold of Korea, the steaming jungles of Vietnam, the deserts of the Middle East, Seabees continue to play a major role in the Global War on Terrorism. In support of Operation Enduring Freedom, Seabees repaired runway facilities at Camp Rhino and Kandahar in Afghanistan. Twenty-six Seabee units were deployed to Kuwait and Iraq in support of Operation Iraqi Freedom, and 16 Seabees were killed. The construction of multiple 20-acre aircraft-parking aprons, munitions storage areas, a 48,000-square-foot concrete pad, bridges, a 1,200-person camp, and repaired various roads have been proven invaluable to coalition forces.

With a primary mission of providing continuing construction in a war zone, the Seabees are ready to deploy on short notice to any point on the globe. Upon arrival, they work night and day.

Seabees also conduct humanitarian missions worldwide, including earthquake and hurricane recovery efforts in the United States. And it all began here in Davisville, Rhode Island.

The true spirit of the Seabees is their "Can Do" philosophy. It’s a timeless belief representing Seabees' past, present, and future. We invite you to tour our site and visit the Seabee Museum and Memorial Park in North Kingstown, Rhode Island.